Sally Singer: Behind the Scenes

Sally Singer, Vogue’s Creative Digital Director, is a master in storytelling, finding new ways to provoke our imagination and capture our attention. Singer has an impressive resume of professional experience including  the London Review of Books and British Vogue. She first joined the American Vogue in 1999, working as a fashion news and features director, transitioned to T: The New York Times Style Magazine in 2010, then returned to Vogue as their Creative Digital Director. Singer has fostered creativity to continually shape the way fashion exists in our world. 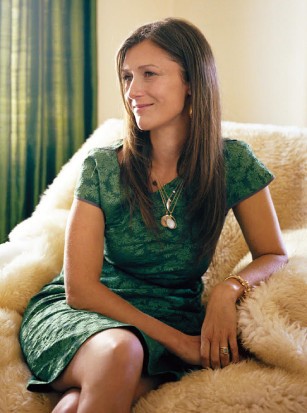 What have been some of your career highlights?

A couple of years ago when Chelsea Manning was released from the penitentiary, my colleague Jordan Bikham and I created and sent her a capsule wardrobe for when she exited prison. Given that she was imprisoned before announcing her female identity, she had no women’s clothes to wear. I was made aware of this issue through Vogue, but chose to act not for any Vogue purpose. We reached out to designers we knew and liked, such as Marc Jacobs, who all very generously donated to this capsule wardrobe for Chelsea. It’s a moment that to me speaks to the essence of everything we do. This was a woman who had spent so much time thinking about how to dress if she could actually dress the way she wanted. A woman who had never been able to walk in public as a woman. This wasn’t about a red carpet wardrobe, it was about outfits for every day. It was about how to get along in the world, how to go buy a coffee or walk the street when you are famous beyond your control. Women everyday deal with how to dress to avoid and gain attention. From adolescence to adulthood, how often in our lives have we thought about those two things? Chelsea was arriving fully formed into that world with fame and the question of how you dress to be comfortable in the world as a woman. That is a central question in fashion that we answer every day encapsulated in this one moment. Working with her on what clothes would make her feel comfortable was both poignant and important.

Another highlight was founding the Council of Fashion Designers of America (CFDA) Vogue Fashion Fund. The decision to do the project was a real opportunity to think about how to provide mentorship and money to new talent in the industry. My involvement, from raising money to judging, meant a lot to me. I feel so close to many of the individuals I know through the program. I feel I know so much about their strengths and vulnerabilities, that I have lived a life with a generation of people coming into their own in this industry. I am immensely proud to have been a part of their careers.

One last highlight is a Vogue story. I have always wanted to go to this festival in Mali. It is in the middle of the Sahara Desert – a four-hour drive over sand from Timbuktu. I convinced Anna Wintour to let me attend. There were no cell phones, and only a few satellite phones. It took us a week to cross the country because the charter flights were unreliable, so we decided to travel via convoy instead. We stopped in so many markets along the way. It was a very old school fashion expedition like what would have happened in Irving Penn’s days. All to capture this music festival in the sand! The trip was such an experience, sleeping in camel skin tents in the baking days on the Sahara. The festival no longer exists since Mali has become too dangerous due to the northern militance.

You’ve really made your mark on Vogue Digital with the various video series you put together, from Vogue Voices to those at the Met Gala. What does production on this creative content look like?

The production process has evolved since I came back to Vogue in 2013. There’s now a part of Conde Nast Entertainment with an embedded team that works with me on the floor at Vogue. We meet weekly to talk about new series ideas and daily to keep up with the production on all of them. Series-based pieces have an established cadence, so it is a matter of casting and tweaking. For quick clips and news, such as for social campaigns, we do a lot of photo booth motion pieces, such as at Pride. We’re always thinking through how video will work for all of our platforms, from the site to Instagram to IGTV to Snap Stories to YouTube. I speak 24/7 with the video team. It is a really important part of what we do.

Sometimes if a series has a strong format, such as 73 questions with Sarah Jessica Parker, it is really about the right talent with the right access at the right moment. Others sneak up on us. Beauty Secrets on YouTube started as just trying to do something inexpensive on an iPhone that still felt intimate. It has been incredibly successful in a way that isn’t about talent – it doesn’t have to be a megastar. And we are finding changes in how long people can watch a video. Makeup is becoming more interesting, more baked-on, more intense, so watching a ten minute video on application is no problem. The world of beauty is transforming into a longer form space than it ever was.

With the Met Gala, we try to tell new stories every year from that night and show it off in new ways. We’ve worked with Instagram to show off sets of people dancing in the light, reactive backdrops that are meant to react to the patterns of people’s clothes, or just people moving through the museum as a church of art in a narrative piece. For this year, we were originally going to do the game of Clue. So without knowing what anyone was going to wear we were trying to decide who’s Miss Scarlet, who’s Mrs. Peacock, what are all the different endings, what room is like the parlor. But it felt too locked-in. You only have access to four parts of the Met and you can’t really take people five minutes out of the way. You only get them for a few minutes on the way to dinner if you can grab them. So using the energy of Clue and Rocky Horror and that campy 80’s film feel where wild things happen in the middle of the night, we created these vignettes. In fact, we slotted people into vignettes they probably didn’t even know they were in – all to make a trailer for “Camp.” It’s the first time ever in a quick live event format that we were able to create narrative pieces in which the celebrities didn’t even realize they were acting, minus Celine Dion who had a script. It was something we had aspired to do but the result was beyond what we had ever done before.

For the getting ready “Behind the Dress” videos, we had people like Dayna Carney flying all around – from Milan to Paris back to New York all in the week before the Met. The day before we were in five different hotels uptown shooting. We had to edit quickly so that the videos could be released the day after the event. It was a test of how quickly we could produce slightly longer form mini docs about getting ready for the red carpet. Dayna had done one for Cardi B for the Grammy’s which let us know it was possible, but this was much faster and with so many more people. My motto is try to do what we’ve never done before.

Every person who works on team here is just brilliant and fun and willing to test their creative bounds. 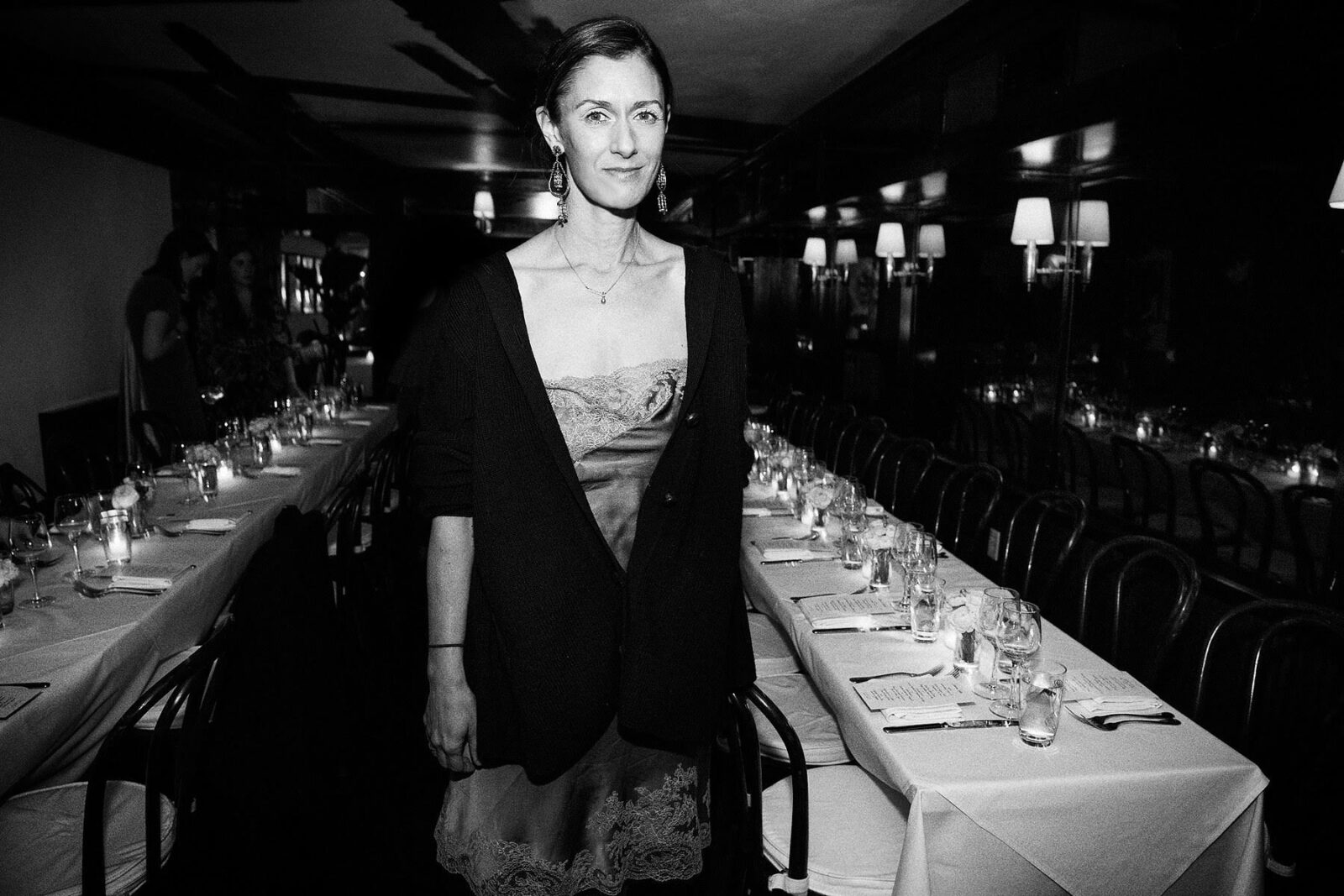 Building off of that, how do you acquire new talent? Do you discover them or do they come to you?

I encourage my team to show me anything they think feels interesting, new, and different. Things that don’t seem like the traditional doc or traditional fashion photography put into motion. The whole team is hyper vigilante on being on the lookout. We also have young makers here who start with production and move into directing their own shoots and who just keep getting better. I look for young talent who can be on a team, someone who has a unique point of view, who is curious and knows how to ask follow-up questions.

We just posted “24 Hours of Pride with Pablo Vittar” who is a Brazilian LGBTQ+ pop star who performs in drag in Brazil with a massive following. My team flew down to a small town outside of Sao Paolo and made a Beauty Secret with Pablo Vittar which was not only fun and long but also made clear that this is the public face of opposition to the homophobic policies and remarks of President Jair Bolsonaro. During the Brazilian electoral cycle, Pablo Vittar had been a visible force of resistance and the Beauty Secrets video was a way of expressing why we need to care about and celebrate this individual. The 24 Hours was about getting ready for pride and to do the show. Both pieces were done by young people who started by doing stuff for Vogue on Instagram and now do freelance pieces for us. I work with people who are willing to do things and have a lot of trust in the people I work with over time.

I’m always looking for what I haven’t seen yet, but I must admit I rarely sit down with agencies and go over rosters. I look at video reels, but I don’t like fashion films or fashion campaign work. We need more makers and videographers and people who can tell stories in different ways.

What do you look for in a studio space?

I’m often looking for spaces with a lot of natural terrific light. I like people in broad daylight or pretty light. I don’t like things to be dark or feel manufactured. Often, to me, these shoots are a way to celebrate a joyous approach to life and that means daylight or even twinkly moonlight. I like spaces that are inexpensive and have a lot of flexibility. You want a space with multiple backgrounds and features, and not something totally uniform. Especially since viewing times for videos have gotten longer, you need more scenes. So maybe that’s a nearby outdoor space or a great entry way. You need a few spaces within the space to tell more stories over time. 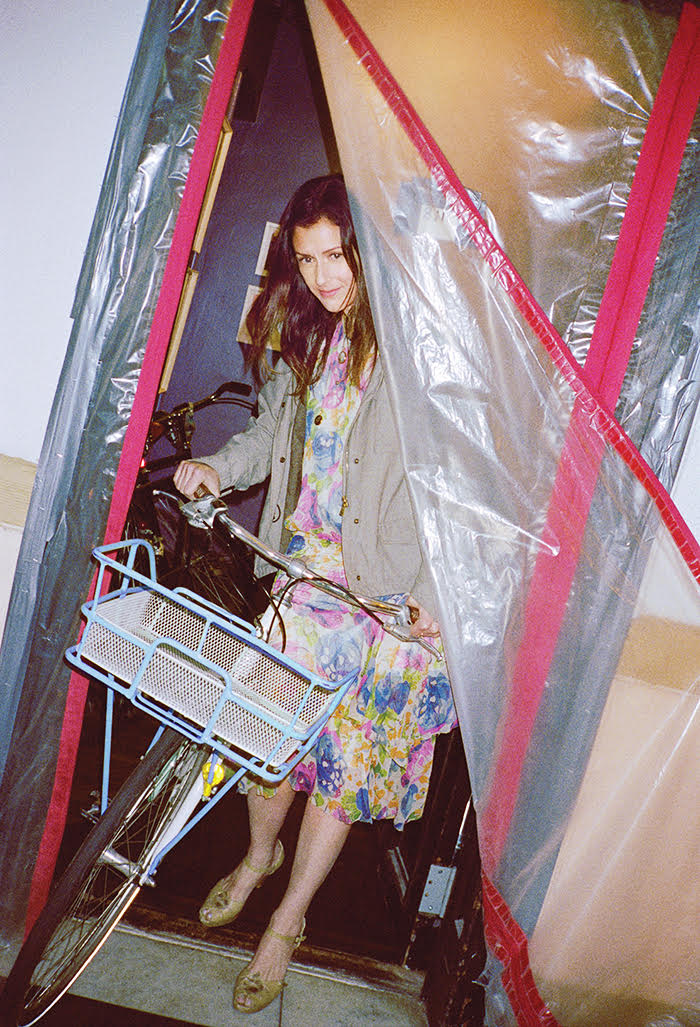 Are there any upcoming projects you are looking forward to and can share?

I’m looking forward to fashion week and to cover it in video in a way we haven’t been able to yet. Not just walking up and down the runway, but capturing more behind the scenes. I want it to be fun, beautiful, edited, and interesting so viewers get a deeper experience. I want to dive into the minds of the designer or those supporting the event at the time. I am excited to see how much we can create in a month. Fashion Month is a 24/7 situation.